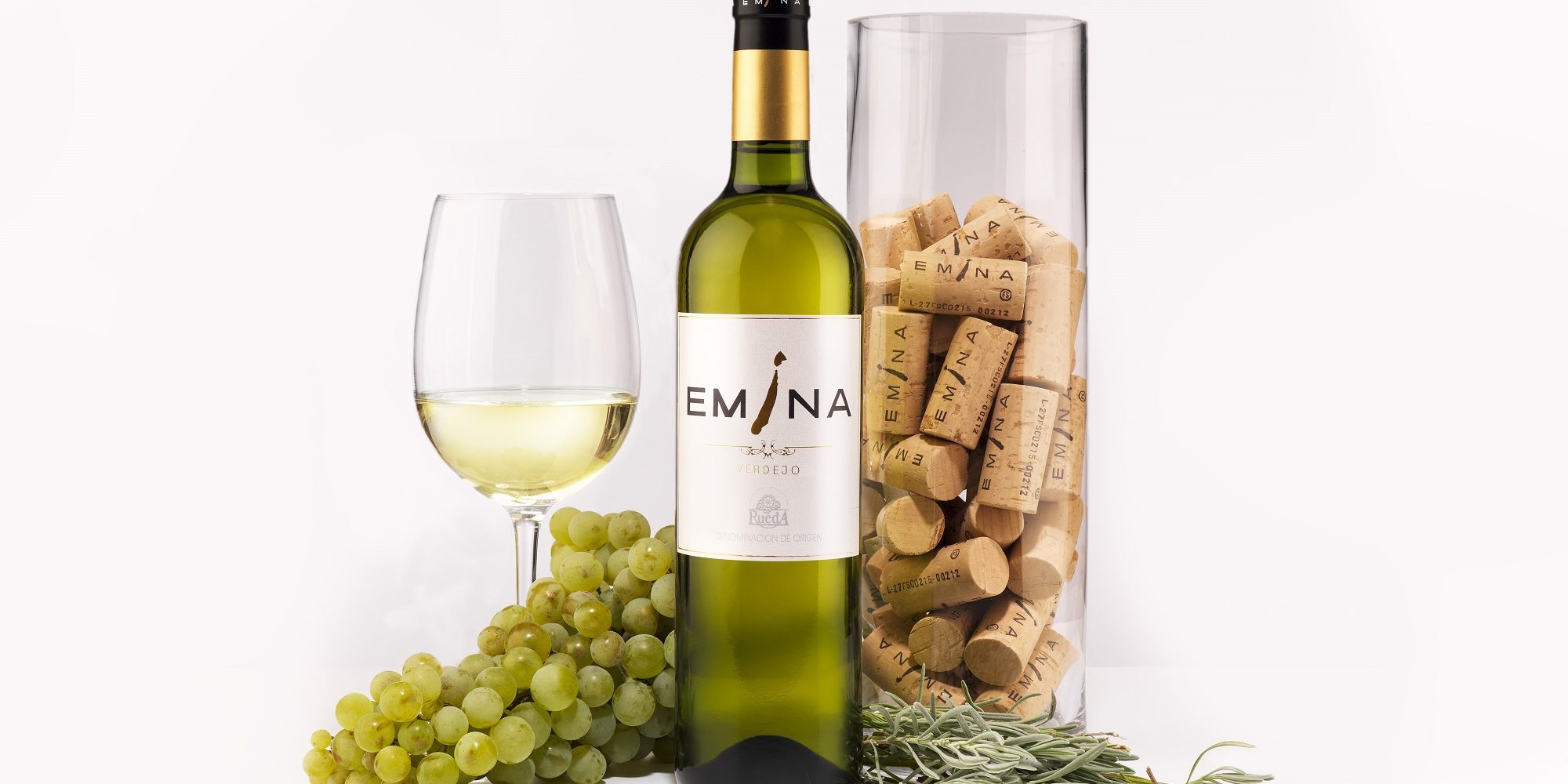 The Emina Verdejo 2017 wine, from the Valladolid winemaking company Emina Rueda, has been awarded the Gran Baco de Oro grand gold medal at the 32nd National Young Wines Competition by the Spanish Tasters Union. This is one of the nine grand gold medals to have been awarded, with a score of over 92 points, and one of the twelve Rueda Designation of Origin wines to have won a prize in this competition.

The Baco Awards for the 2017 harvest is the only competition in Spain to involve only wines produced in the most recent harvest, with no restrictions on the type of wine (white, red, rosé, sweet or sparkling) or on the wine’s origin (Designations of Origin, Vinos de la Tierra wines, Vinos de Pago wines and table wines).

Emina Verdejo 2017 is a fresh and elegant single variety wine which is a testament to the potential of this grape variety in Castile. It is of a pale straw yellow colour with a vivid greenish edge and a bright and clean appearance. On the nose, it displays fruity and floral aromas among herbal and aniseed notes. On the palate, it has a solid structure and a perfect balance with a touch of acidity which blends well with the alcohol. The end sensation is fruity and elegant, with the slightly bitter finish leaving a lingering aftertaste.

Emina belongs to Bodegas Familiares Matarromera. The company’s president, Carlos Moro, created the Bodega Emina Rueda winery, which also oversees the creation of the white and sparkling wines from this winemaking group. Bodega Emina Rueda is located in Medina del Campo, close to the Almazara Oliduero olive oil press which also belongs to Matarromera. The group’s headquarters are located in Ribera del Duero, more specifically in Valbuena de Duero, alongside the Emina Ribera Winery-Wine Museum, where the brand’s red wines are created, and the La Espadaña de San Bernardo Restaurant, close to the Emina Hotel Rural.

The Emina philosophy is strongly linked to the concepts of innovation and sustainability, leading the company and its president, Carlos Moro, to be awarded prizes on numerous occasions. The Emina brand represents modern wines with a youthful spirit which are adapted every day to meet the preferences of consumers. The first meeting of Valladolid’s Young People for Wine association was held in Bodega Emina Ribera. In addition to this, in recent months the brand has also launched a new and original promotional campaign http://inspirate.emina.es/