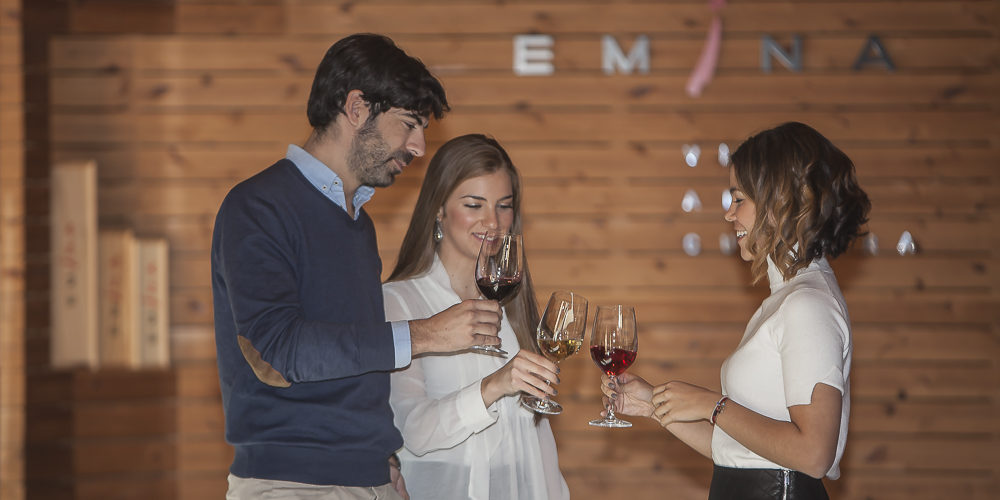 The Spanish Association of Wine-Producing Towns and Cities (ACEVIN) has awarded Emina Ribera Winery the Prize for the Best Winery Open to Tourism in the IV Wine Tourism Awards “Wine Routes of Spain”. Emina was selected due to its suitability as a centre for research and dissemination of wine culture and for its enormous appeal as a wine tourism complex.

A professional and multidisciplinary jury chose the Emina Ribera Winery as the category winner over thirteen other candidates. Emina was selected as a winery that opens its doors to the public, offering high-quality visits and activities to allow tourists to enjoy the space and to increase awareness of wine culture. These biennial awards aim to recognise the work of companies and territories on the continual development and enrichment of the wine tourism that Spain offers.F

Emina Ribera houses a diverse variety of spaces and facilities, including a Grape Varieties Garden, a professional tasting room with a capacity of 60 people, a shop, a wine bar, meeting rooms, a restaurant and a hotel, to name a few, alongside functioning as the Bodegas Familiares Matarromera office headquarters. The winery also offers tourists a wide range of activities and experiences such as guided tours, wine tasting courses with oenologists, cocktail workshops and wine escapes or graFFpe harvesting for children, as well as other activities.

Carlos Moro, president and founder of the wineries, will collect the prize at the awards ceremony that will be held in Madrid on the 16th November. The other winners include important companies and wine initiatives from various key Spanish Denominations of Origin. Alongside the Emina Winery, several other Ribera del Duero Denomination of Origin locations were awarded prizes: Castilla Termal Monasterio de Valbuena won Best Wine Tourism Accommodation and Bodegas Viña Mayor was granted a special mention in the Winery Open to Tourism category.

The Emina Ribera Winery was built in 2005 in the town of Valbuena del Duero in Valladolid, situated in the Golden Mile stretch of the Ribera del Duero area. The winery is the ideal location for creating wines that make this Denomination of Origin worthy of its treasured prestige. 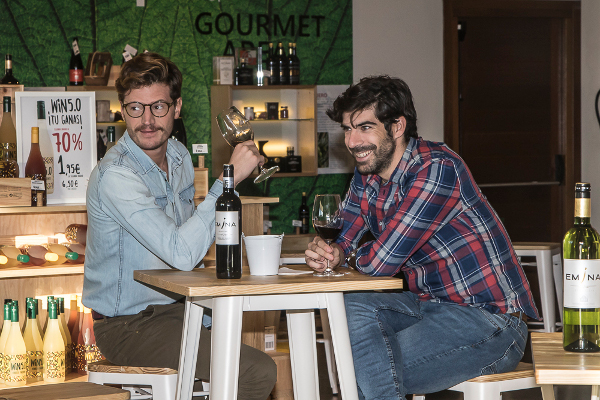 Emina represents Bodegas Familiares Matarromera’s most modern range. It has two wineries, one in Ribera del Duero and the other in Rueda, which allows the brand to produce a highly diverse range of wines: whites, rosés, cask-fermented whites, sparkling wines and various reds.

The winery’s president Carlos Moro established the Emina Ribera Winery in Valbuena de Duero, where the brand’s red wines are made, situating the winery next to the La Espadaña de San Bernardo Restaurant and very close to the Emina Country Hotel. He then created Emina Rueda in 2007, where the company produces white wines, barrel-fermented white wines and sparkling wines. Emina Rueda also houses the Matarromera Oliduero Olive Oil Press.

Emina’s philosophy is based on the concepts of innovation and sustainability, for which the company has received numerous awards. In 2015, Carlos Moro received the Medal for Tourist Merit in Sustainability and Quality from the Government of Spain’s Ministry of Industry, Energy and Tourism.