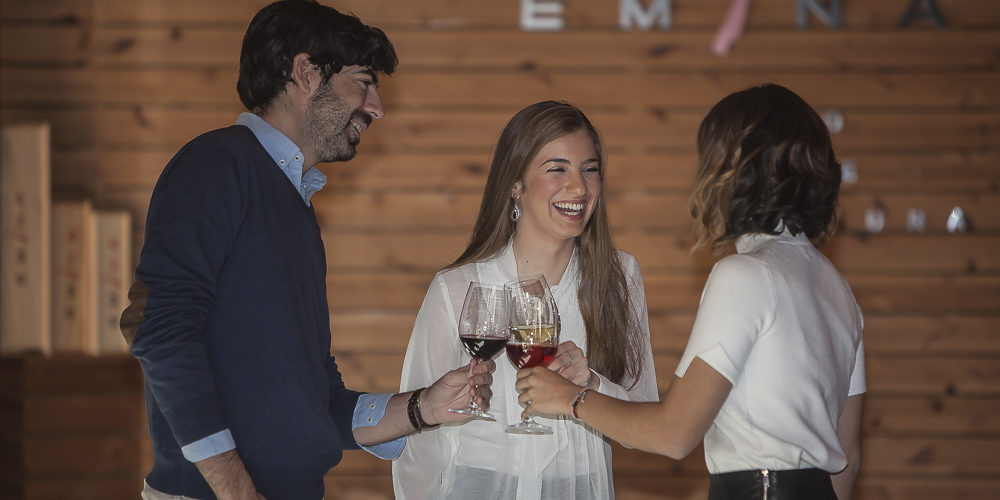 The tasting room at the Bodega Emina Ribera, located in Valbuena de Duero, will host the first Young People for Wine workshop this Saturday. This event aims to promote the dissemination of wine culture among young people.

The Provincial Council of Valladolid and Matarromera support this initiative as they consider it essential for the growth of the sector in Spain. Both Julio Carnero, president of the Council, and Carlos Moro, founder of Bodegas Familiares Matarromera (which includes the Bodega Emina Ribera), will welcome over fifty 18 to 35 year olds attending the workshop. The event will include a debate to formulate ideas for the promotion and development of wine culture within this sector of the population. The young people will also be able to enjoy different wines produced by the Bodegas Familiares. These will be from the company’s most modern line, situated in bars in the winery’s cloister.

Bodegas Familiares Matarromera has made bringing wine culture closer to young people one of the lines of action of its Corporate Social Responsibility Plan. The Emina Bodega-Wine Museum has organised, from its very beginnings, events to circulate art, wine and culture. The winemaking sector currently faces the challenge of connecting with young people, to make wine form part of their free time and habits. Although wine is a gastronomic symbol of Valladolid and Spain, it is one of the least-consumed drinks among this sector of the Spanish population.

Young People for Wine is an Association that was formed at the end of 2017 in Valladolid by several wine-loving young people. It aims to promote and defend winegrowing and oenological culture among young people. Up until now, it has organised various events and meetings specifically appealing to young people, involving wine tastings with a modern touch as will take place at Emina.