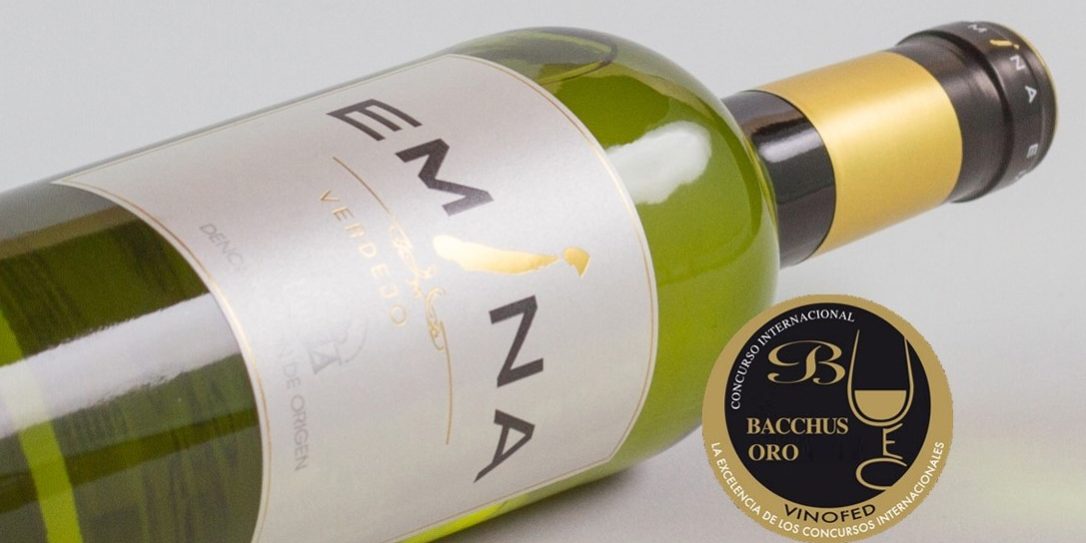 The wine Emina Verdejo 2017 has obtained the Gold Medal in the 2018 Bacchus Awards. Bacchus is the only competition in Spain recognised by the OIV (International Organisation of Vine and Wine). Over four days, a hundred tasters sample over 1500 wines and Madrid becomes the world capital of wine.

Emina Verdejo 2017 is a single variety, fresh and sophisticated wine which shows the potential this variety has in Castile. It has a pale straw yellow tone with a vivid green rim and has a shiny and clean appearance. On the nose it has a fruity and floral bouquet, laced with herbaceous and aniseed tones. On the palate it has a great structure and is perfectly balanced with an acidity point which is in harmony with the alcohol. The final sensation is fruity, sophisticated and with a slight bitterness at the end which leaves a long aftertaste.

Emina belongs to the Bodegas Familiares Matarromera. Its president, Carlos Moro, created the Emina Ribera Winery in Valbuena de Duero, which is also used as its headquarters. It is also where the Emina Wine Museum, the La Espadaña de San Bernardo restaurant and the Emina Rural Hotel are located. Moreover, it is where the red wines from this brand and those from Emina Rueda, located in Medina del Campo next to the Oliduero olive oil press, are produced and where the white and sparkling wines from the winery group are made.

The Emina brand is synonymous with modern wines. It has a youthful spirit, which adapts to the tastes of consumers on a daily basis, and a philosophy of innovation and sustainability, which the company and its president Carlos Moro have received awards for on numerous occasions.